Okay, we admit it. The title is a tad misleading. History books, along with the record-breaking Broadway musical “Hamilton” have taught us a lot about the ten dollar founding father. However, Alexander Hamilton’s exact exercise routine remains a mystery (seriously, we’ve Googled it. A lot).  And although we may not know A. Ham’s particular sweat preference, that hasn’t stopped THE JAM: CLT from creating Jamilton – a dance-along workout to music from Hamilton (with a live cast. November 17. More on that later). And it shouldn’t stop you from using the first U.S. Secretary of the Treasury as a your fit-spiration. Not convinced? Here are seven Hamilton-inspired tips that will help you ‘turn your spark into a flame’ (thanks, Lin Manuel Miranda!) and harness the greatness that lies within. 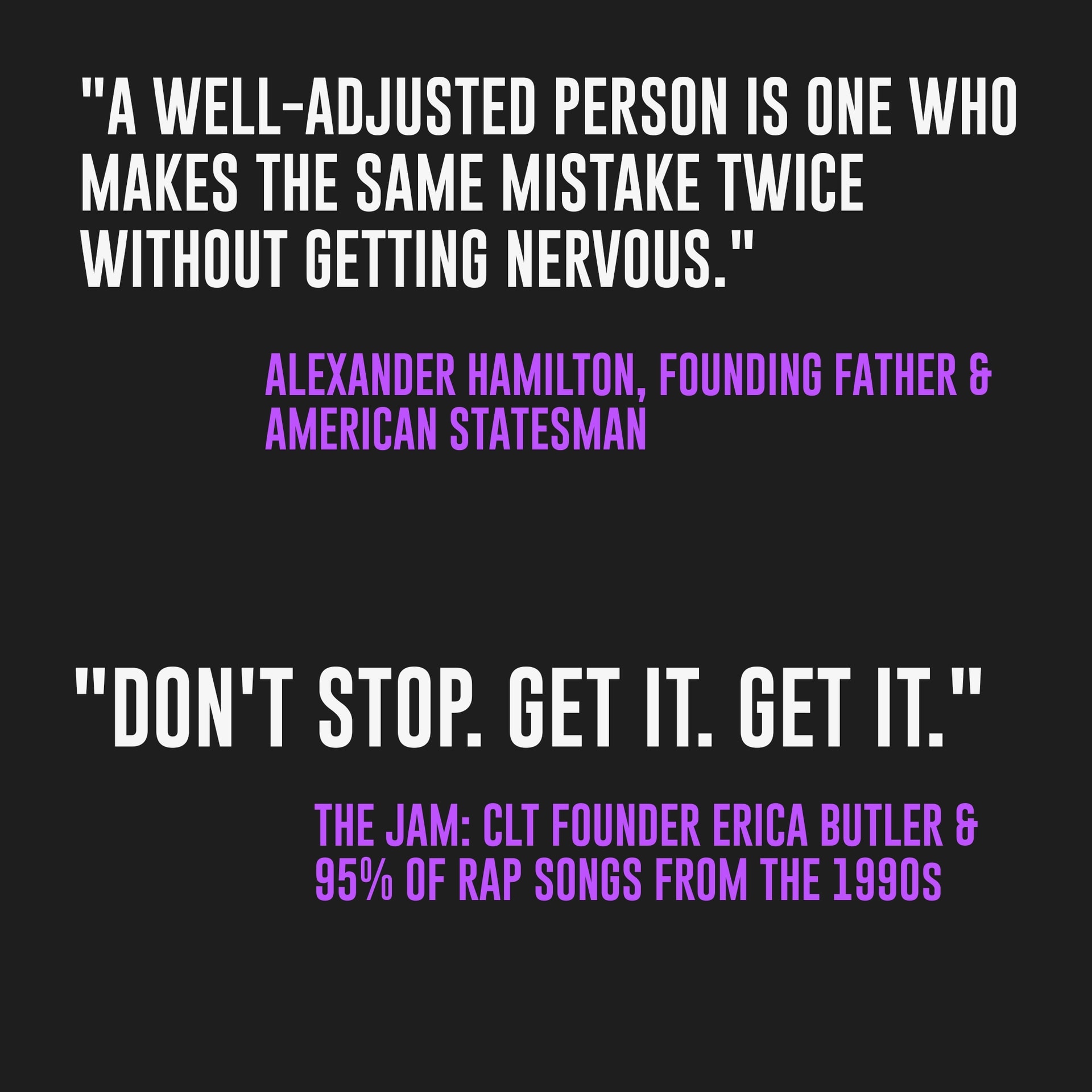 Alexander Hamilton once said, “I never expect a perfect work from an imperfect man.” None of us are perfect, so when it comes to your workout, have realistic expectations. If you’re trying something new, accept that you are going to look … well, new … because you are. And if you’re a seasoned pro and you happen to have an off-day, be okay with that.  As THE JAM: CLT Head Instructor Erica Butler likes to say, “As long as you’re moving, you’re doing it right.” And if you fall short of your expectations, just remember, at least you’re not Angelica Schuyler and you didn’t introduce your dreamboat to your sister which led to their marriage and you being stuck in some weird friend zone situation. So there’s that. 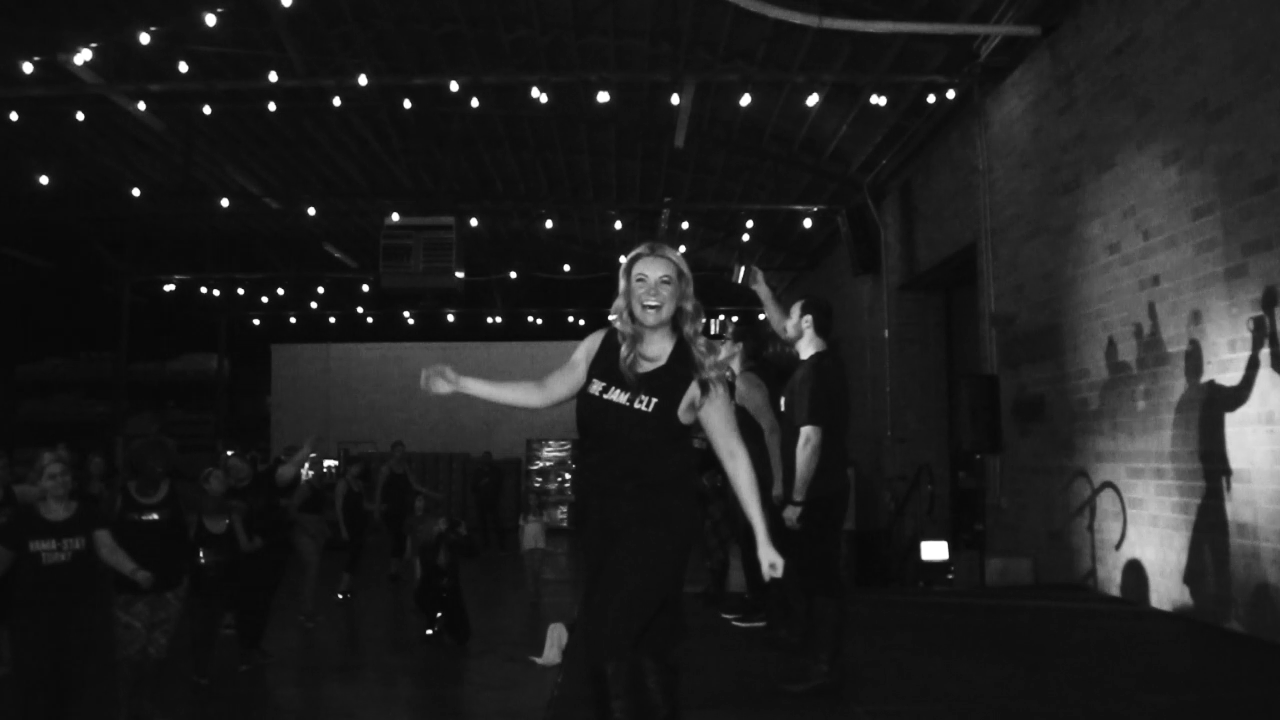 While Aaron Burr may be the villain in our history, there is still a lesson to be learned from his unyielding determination. In this Broadway number, Burr sings “I am the one thing in life I can control” and the same adage can be applied to your fitness goals. Don’t compare yourself to the accomplishments of others (or challenge them to a duel. Bad move, Burr.)  Focus on achieving the goals you’ve set for yourself, be patient and be willing to wait for it. The results will come in time. 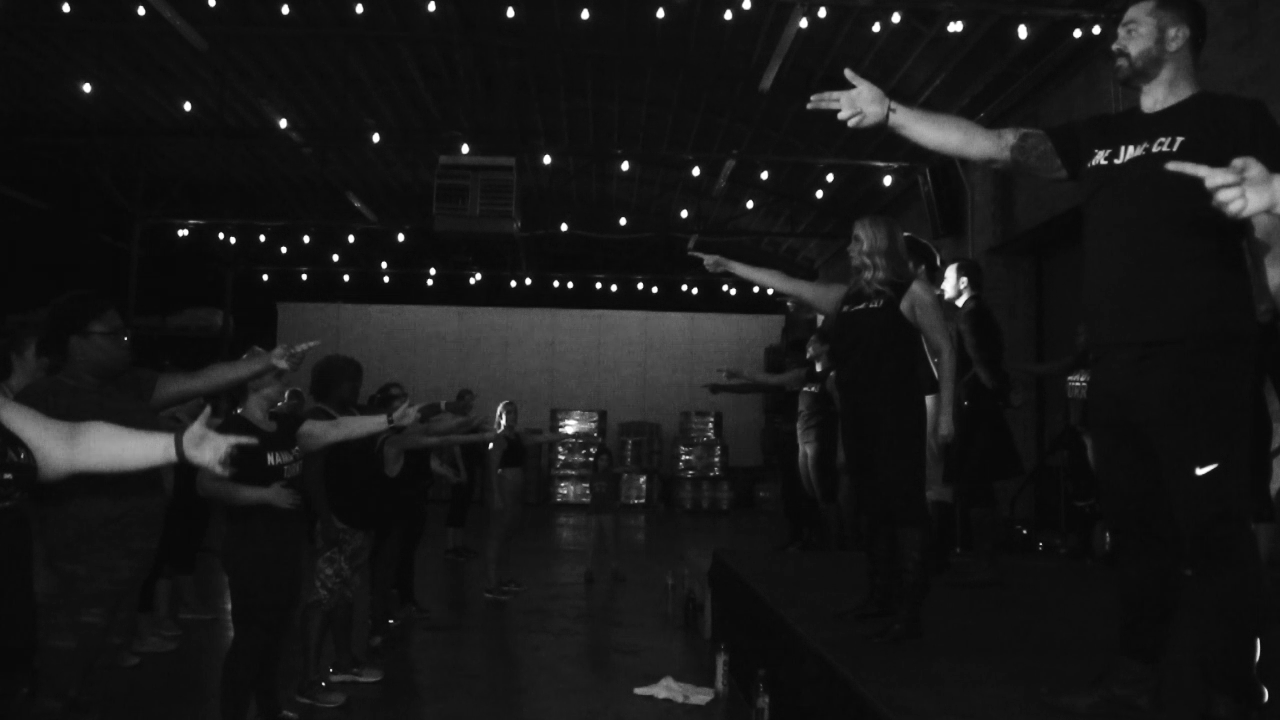 The treadmill again. Awesome. Wow. Try stepping out of your comfort zone to keep your workout interesting, even if it’s just tying a different instructor at your regular gym or studio. JamFam example: If you’ve only attended “The Mixtape” taught by Jonathan aka our very own King George, try out The Remix taught by our resident pop princess, Lizzy Mills.  Hamilton once said “A strong body makes the mind strong,” and taking on a new challenge is bound to keep you on your toes both literally and metaphorically.

Hamilton was known to write like he was running out of time (see The Federalist Papers).  George Washington picked him to be the nation’s first Secretary of the Treasury. He also founded our nation’s financial system. And the United States Coast Guard. And the New York Post newspaper. And the Federalist Party. Basically what we are saying here is that dedication will get you everywhere. If you start a new workout plan, go all in. Literally run like you’re running out of time. Or dance. Or cycle. No matter what type of workout you prefer, always give it all you’ve got. 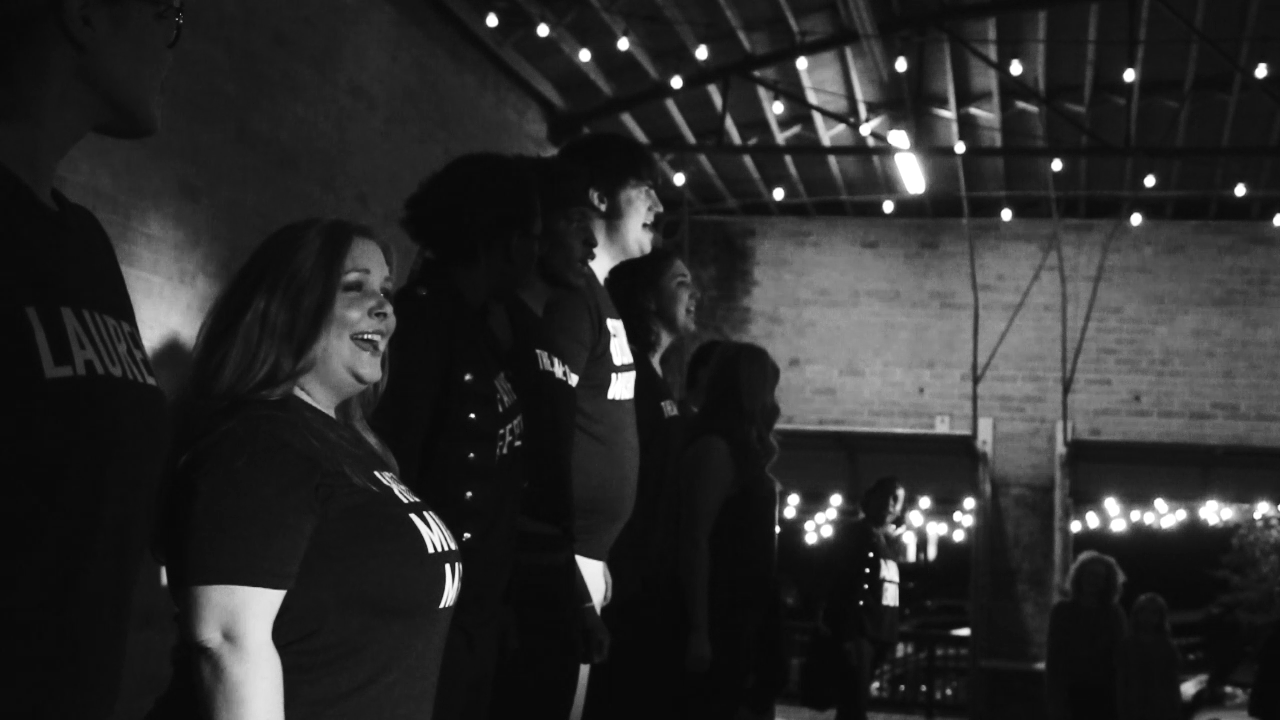 Look, you’re not a founding father trying to get his debt plan through Congress. If you need to take a break during your workout, do it! There’s no shame in catching your breath or taking a sip of water.  It’s like Hamilton said, “Real firmness is good for everything—Strut is good for nothing.” Seriously, he said that. So put your pride aside and make your needs your priority. And if certain type of movement hurts, try a modification instead and if the modification doesn’t help, skip it and jump back in on the next movement. If you’re recovering from an injury don’t push it, because when your body’s saying hell no, you should listen to it.

When you’re nearing the end of your workout and you’re ready to throw in in towel, try going for just one more rep. Not only will you feel better about pushing yourself to go further than you had planned, adding a little more repetition helps with muscle memory, so movements get easier over time. Just make sure you are completing the movement correctly. Repeating mistakes can make you more prone to injury. Hamilton was correct when he said “Caution and investigation are a necessary armor against error and imposition.” Take your time to make sure you’re completing the movement correctly. Then crush it.

We may not know how Eliza reacted when Hamilton cheated and broke her heart, but we feel pretty confident that she burned a few calories while ripping his letters and throwing them in the fire. Cardio can be an awesome way to release the stress of the day or to work through a heated emotional situation. And there is such a thing as being too tired to be upset, so try working off some of that frustration before telling Jane at the office to stop messing with the thermostat. Unless your name is Elizabeth Schuyler, in which case we fully support your decision to just burn sh*t. 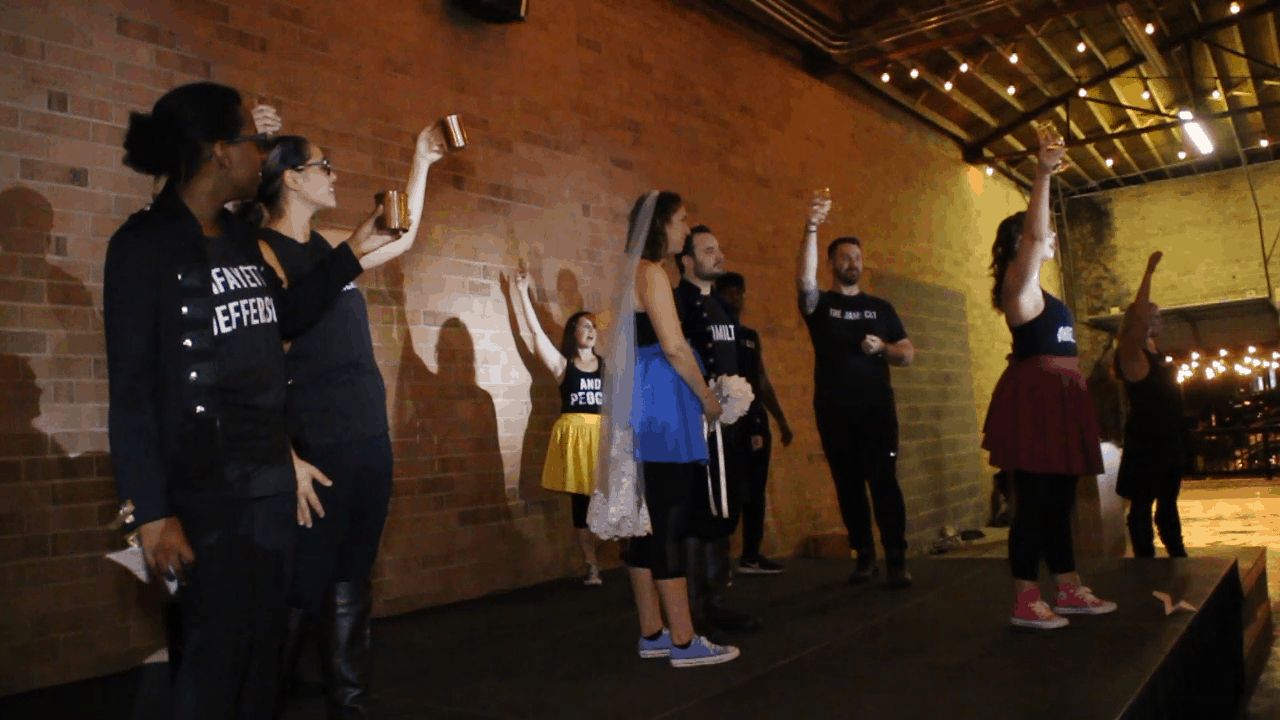 Do not throw away your shot!

THE JAM: CLT proudly presents the dance-along musical masterpiece, “Jamilton” on November 17 at Sugar Creek Brewing Company at 6:30 p.m. Where else can you dance along to the music from Hamilton with a live cast and feel like you’re actually a part of the show? Nowhere. Seriously, no one else is doing this and you’re not going to want to miss it. Tickets are $20 at THEJAMCLT.com or at the door. That pales in comparison to those tickets you waited for in virtual waiting room ALL DAY for and STILL didn’t manage to get because you were #36,789 in line. Yeah we’re still a little salty about that too. Looking to save a Lincoln? You can buy tickets at any THE JAM: CLT class prior to the day of the show for the discounted price of $15! Trust us; you don’t want to throw away your shot to experience of one of the biggest THE JAM: CLT productions of the year.  Meet us inside, won’t you?