On the second Sunday of every month, something amazing happens at Inner Peaks Crown Point. Athletes of all abilities come together to climb with Catalyst Sports; a company geared towards adaptive climbing.

Rock climbing has been an outlet for 10-year-old Amare, who is an adaptive climber. Due to the absence of his optic nerve, Amare has no light perception or the ability to see shadows, according to his mother, Teresa. Amare uses the clock system to climb. With the help of guides, he locates different holds on the wall according to its position on a clock. Using this system, Amare makes quick work of routes. A hold at “10 o’clock” gives Amare all the info he needs to swiftly move up the wall. Amare has utilized this technique outside of the climbing gym as well. “He has always been a monkey – always climbing onto things”, stated his mother. Amare is quickly improving. He went from not being able to top the wall on his first visit to climbing 13 routes at his most recent visit to Inner Peaks.

Catalyst is not just for kids! Sherri joined Catalyst for the first time in September and is already hooked. Sherri was diagnosed with multiple sclerosis ten years ago. She is a wife, mother, and budding rock climber. Initially hesitant, Sherri finished her last climb of the day stating, “it’s empowering”. She expressed her appreciation for the sport, commenting that it is gratifying to feel the sense of achievement. Climbing didn’t just feel like therapy; she was having fun while doing it. 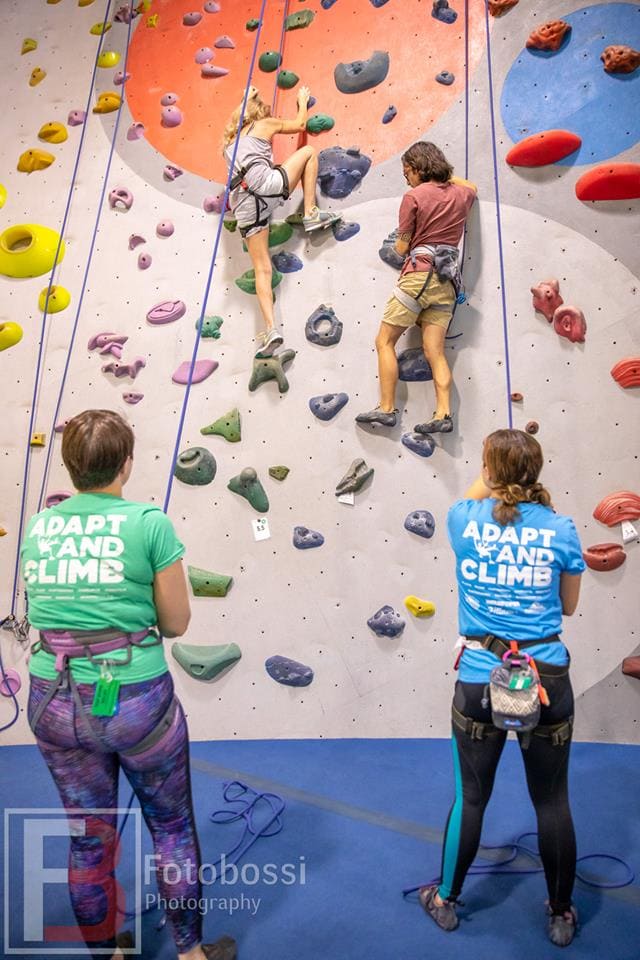 Catalyst Sports is for anyone who wants to feel that sense of accomplishment all while having a blast and overcoming fears. No matter the physical condition, Catalyst’s volunteers make it possible for anyone to climb. Their mission statement is to “empower people by providing the highest quality of adaptive sports to individuals with physical disabilities”, and they do just that. Catalyst has chapters throughout the East, including Georgia, DC, and Tennessee. Krista and Nick Bossi, Catalyst’s regional directors in Charlotte, have been volunteering with Catalyst since 2017. The adult climbing team includes adaptive climbers who are now preparing to compete in World Championships.

Catalyst Sports Charlotte meets on the second Sunday of each month, excluding holidays To attend, email Krista at charlotte@teamcatalyst.org or register online at www.teamcatalyst.org. Hope to hang out soon! 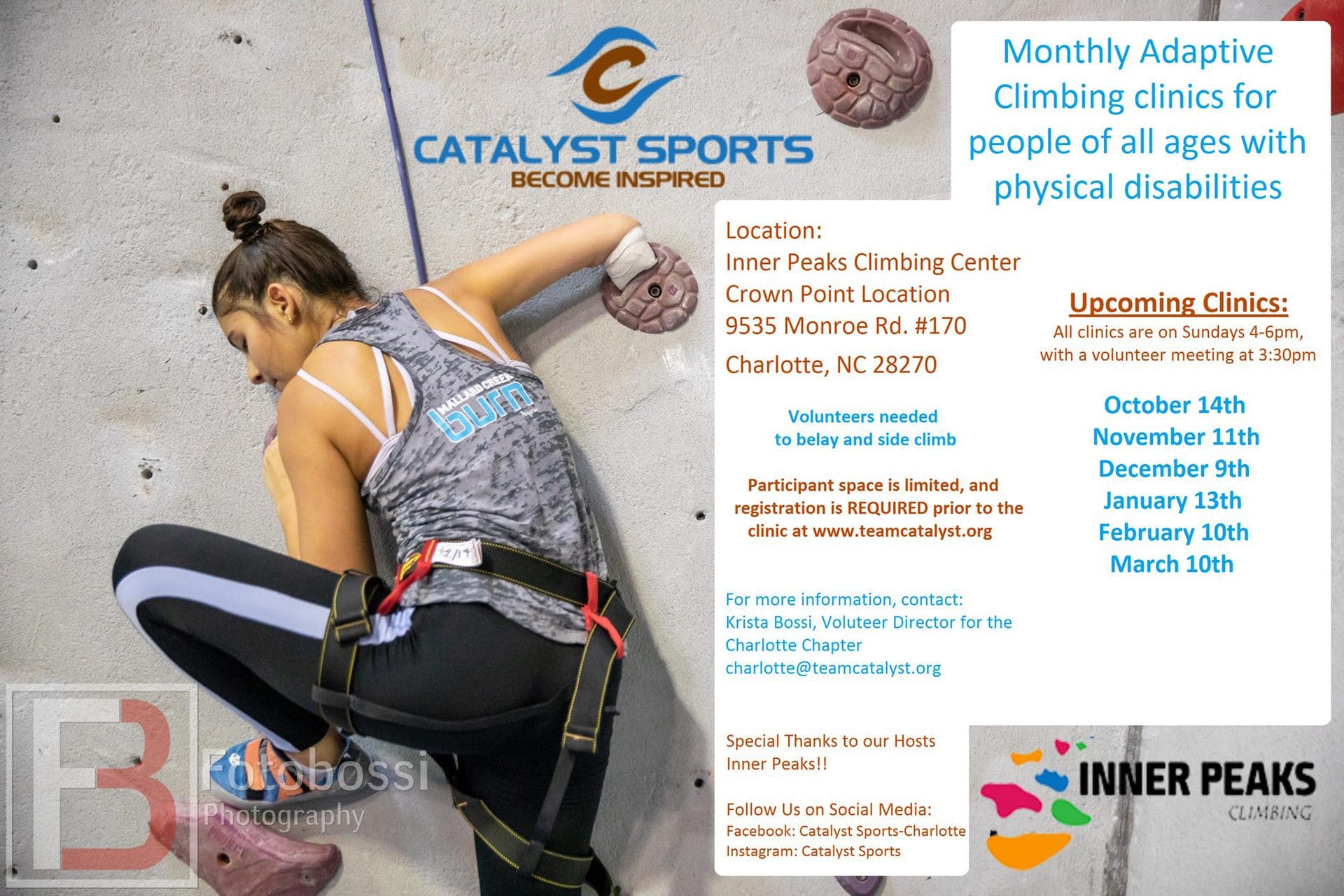